The Frodsham Woods walk follows the Sandstone trails and paths on the side of Frodsham Hill, Woodhouse Hill and Snidley Moor in a loop. It follows hillside paths with lots of climbs and descents through quiet woodland throughout except for the occasional sweeping view of the Mersey Valley. 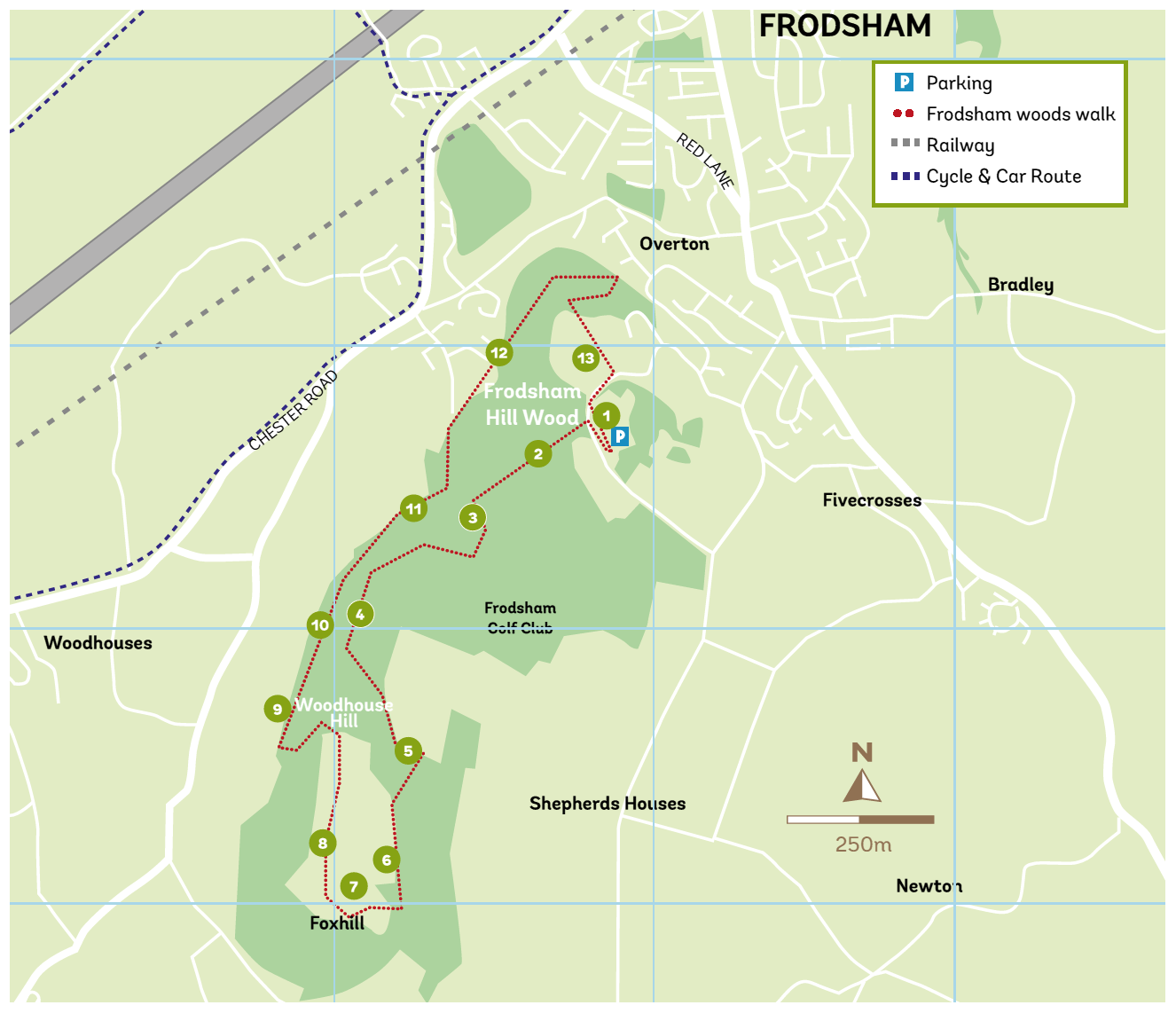 This walk is reproduced by kind permission of the Woodland Trust.